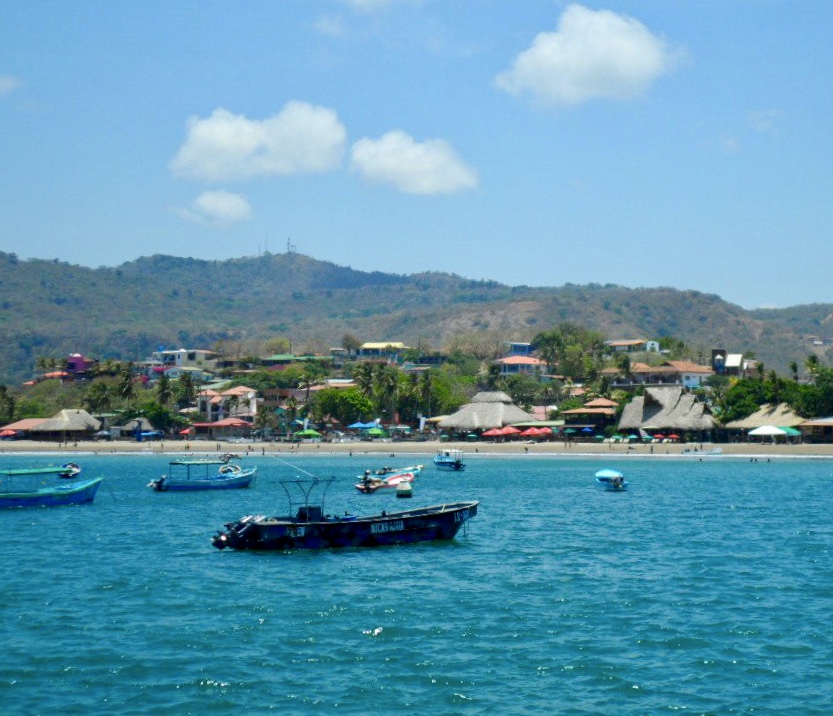 I can’t say we weren’t warned. The charming surf town of San Juan del Sur, Nicaragua gets crazy busy during Semana Santa (Easter for Catholics). One April 2011 day while backpacking Nicaragua, a local woman working in a shop told us, “Be careful, bad people come from Managua (Nicaragua’s capital) during Semana Santa just to prey on tourists.” Awesome.

DISCLAIMER: Unfortunate occurrences can happen anywhere. If you’re thinking of backpacking Nicaragua, I don’t want this article to discourage you – I am simply sharing our experience. It’s best to research and be aware of factual information about the country you wish to visit. The following experience can almost be outweighed by the fact that my favourite rum in the whole world (Flor de Cana) is made in Nicaragua, and it’s as cheap and plentiful as you’d imagine.

Nick and I were on a two-week trip to Costa Rica and Nicaragua with my sister Nicole and his sister Ashley. We had an amazing nine days in Costa Rica before we crossed the border into Nicaragua, where we’d spend time around San Juan del Sur and Granada. Generally our time in Nicaragua was great… except for one day.

The beaches in the town of San Juan del Sur aren’t ideal, so on our second last day in Nicaragua, we caught a shuttle to Madera Beach, where we planned to soak up some rays and chill for a few hours.

Maybe I should’ve had the foresight to realize the day was about to take a turn for the worse when the tide came in and washed over our dry towels, books, and possessions, almost washing away multiple flip flops and bottles of sunscreen. After all, bad things happen in threes…

The importance of swimming lessons

After some time lazing on the beach (as you do when you’re backpacking Nicaragua), we noticed a crowd of people standing around something lying in the sand. As we walked closer, someone informed us that a woman had drowned. It was a fairly safe beach for swimming, so it was believed the woman wasn’t a good swimmer and was unable to make it back to shore safely. As a group of people carried her body away, our hearts broke for this woman who could’ve still been alive today had she avoided swimming in the ocean.

We later heard it’s uncommon for Nicaraguans to take swimming lessons. Considering Nicaragua is one of the poorest countries in the Western Hemisphere, this didn’t surprise us. But it sure made us grateful to live in Canada, where swimming lessons are, quite frankly, non-optional for most kids.

Feeling sombre after witnessing what we had, we grabbed a table at the casual beach restaurant for lunch and started a game of cards. But the day was about to get worse. Midway through our game, I noticed our backpack that was right by my feet was no longer there. PUTA MADRE! I thought. Then, it must be here somewhere…?! Then, what was all in there…?

It was nowhere to be found. The backpack that contained BOTH mine and Nick’s iPhones (including all the photos we had taken on the trip), cash, clothes, books, our room key with the name of the hotel and room number on the keychain, and one other possession which I will tell you later.

We asked everyone around us if they saw it. Nope. We asked the staff if they saw anyone take it. “We saw a guy standing around just outside the restaurant – maybe he grabbed it.”

We searched everywhere in the vicinity, keeping an eye out for a guy by himself. The backpack was gone.

“So what if this thief goes to our room and takes all our stuff,” says Nick. OH. SHIT. We better get back.

Except there was no shuttle for another hour. By then our room could be cleaned out. I had visions of a sketchy dude rifling through every item in the room, stealing cash, credit cards, passports, and electronics.

In our frantic search, a Nicaraguan man in his 40s with excellent English took pity on us. He was sure it was one of the “thieves” who come to steal from tourists during the craziness of Semana Santa and was embarrassed. He offered to drive us back to our hotel. So, do we trust a stranger or risk a break in?

After we started the 30 minute drive, he told us he had to stop at his house first, then promptly headed a different direction. Just as we all started sweating, Nick looked at me and said, “My wedding band was in that backpack.”

I wanted to cry and began thinking backpacking Nicaragua was a mistake, but I had to stay calm and realized that although a wedding ring is super meaningful, it’s only a material object. And more importantly, is this man taking us somewhere scary?

Thankfully he was legit, did a quick stop at his house, and then drove us to our hotel unscathed. This Nicaraguan hero had put faith back into his people. He felt awful about what happened.

Meanwhile, back at the hotel

We got a new key to our room and told the hotel there was another key out there. We didn’t want to leave in case the person broke in. So we locked the room from the inside and hung out.

About 15 minutes later, we heard something at the door. Someone was clearly trying to get in, turning the knob and aggressively  jiggling the lock. Inside, we quietly panicked. DON’T GET IN. DON’T GET IN.

Said individual didn’t get in. But he or she tried.

We didn’t leave our hotel again that night and thankfully checked out the next day. We tried the local police station in hopes of getting our iPhones and Nick’s wedding band back, but they were little help, to say the least. Whoever took the backpack was likely on his or her way home to sell the treasures. I’d like to think the person spent the money feeding a family, but my heart tells me that probably wasn’t the case.

Backpacking Nicaragua – would I go back?

This is a tough one. Even if these unfortunate events hadn’t happened, Nicaragua isn’t near the top of my list of favourite countries. So no, I don’t think I’d go back. There are too many other amazing places that I’ve never seen, and I would go back to some of my favourite countries much quicker than I would go back to Nicaragua. Costa Rica is in my top 10, and we loved Panama too (which is also close to Nicaragua), so I’d be much more likely to venture back to those.

Funnily enough, this wasn’t the first time I had rough luck travelling during Semana Santa. Ask me about the time I showed up at Boracay Island in the Philippines during Semana Santa with no accommodation booked, and almost had to sleep in a shithole with cement floors and a dead cockroach on the floor (we found something else, but it wasn’t easy and was way out of my 19-year-old budget).

No more Semana Santa travelling for me.

Travelling can be unpredictable. But for me, unpredictability means excitement. I’ve had multiple “bad” experiences while travelling (like a boat sinking debacle in Laos, two minor and non-physical (or armed) robberies, multiple stomach bugs and non-serious sicknesses, and people trying to scam me), but nothing even close to life threatening or something that has left a lifetime scar. Backpacking Nicaragua is just part of my travel story.

Finally, a photo credit to my sister, Nicole Greer, for every photo in this blog, as all our photos were on our stolen iPhones.

What is your worst or craziest travel experience? Leave me a comment below! 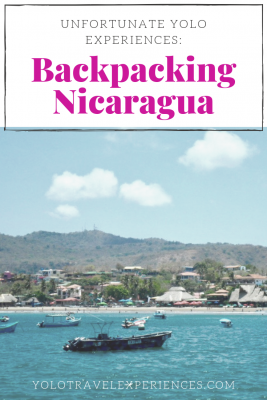 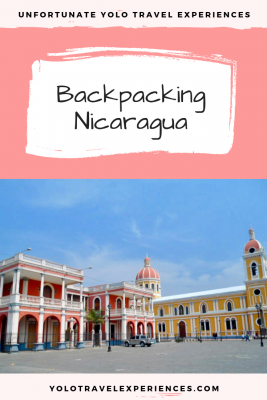