January 23, 2018 North America, Panama
Even though I had travelled extensively before kids and vacationed to Mexico and Hawaii when the kids were babies, planning our first adventure trip with our then two and four year-olds to Panama in March 2017 was slightly scary. It would involve a total of eight flights and staying on an island with no roads, let alone medical facilities. But we wanted to get our kids used to adventure travel from a young age. I told myself if it got too stressful I would simply drink a lot of booze.

The flights were… uneventful. Which is great with kids, right? We filled our time with movies, snacks, naps, books, walking up and down the aisles, and getting scared of the loud-ass toilet flushers. The layovers (always inevitable when travelling from Kelowna, Canada) were fun. Seattle airport is great for kids – there are many long escalators that we spent a good half an hour playing on, and also a kids’ play room. A 24-hour stopover in Atlanta had us visiting the Georgia Aquarium (whale sharks!) which the kids loved.

We spent three days in Panama City which was great, but for another blog (check out some Panama City must sees here). Because the highlight of our trip to Panama was Bocas del Toro. A recommendation from friends, we also chose Bocas for the laid back island vibe, adventure activities, and wildlife.

Bocas del Toro (“Mouth of the Bull”) is an island archipelago off the Northeast coast of Panama, in the Caribbean Sea. It’s more of a backpacker destination than a resort area, but there are plenty of beautiful places to stay. TIP: If you have dreams of staying in an over-the-water bungalow but don’t want to pay the exorbitant costs usually associated with them, Bocas del Toro has cheap and beautiful over-the-water options. We didn’t book one as I had horrible visions of our children falling into the ocean… so we’ll save that for when they can both swim.

We chose Isla Bastimentos over the busier, more touristy Isla Colon (where the airport is). Bastimentos has no roads or cars. It has one village, home to some of the locals. The remainder of the infrastructure is hotels, b&bs, and lodges built around the coast. It has abundant wildlife, bird life, insects, and underwater surprises. It is covered in rainforest, surrounded by thick mangroves, and offers tranquil turquoise beaches. Perfect for some RnR mixed with even more adventure.

After a ridiculous amount of hours researching where to stay, I was confident about and highly excited with our choices – Tranquilo Bay Eco Adventure Lodge and the Red Frog Beach Resort.

When you read reviews that say, “my kid cried when we had to leave,” you know it’s going to be a pretty freakin’ sweet place for families. Tranquilo Bay, to this day, is in my top five most memorable places I’ve ever stayed (they did not pay me to say this). Two families from Texas – who left their six-figure careers to bushwhack through the rainforest and build an eco lodge in Panama – run it. There are six or eight cabins spread throughout the grounds and a large lodge where everyone eats and drinks. It’s nestled in dense rainforest and surrounded by mangroves, a coral reef, and calm sea for swimming, snorkelling, and kayaking. There is no pool or sandy beach on the property, but I didn’t care. The rave reviews on my travel bible, Trip Advisor, sold me.

Tranquilo Bay isn’t cheap by any means, but everything is included – food, drinks, on-site activities and the best part: a high staff to guest ratio so you almost always have someone with you to show you cool shit.

I can’t really fault it. Everything was amazing, but not in a fancy way – the food, drinks, cabins, staff, wildlife and bird-watching, snorkelling, plants and flowers, smell of fresh sloth dung… (kidding, but you get the point). The staff even hacked open young and old coconuts so Cohen and Vayla could drink the water and eat the delicious meat. The owners’ kids played with our kids while we ate and drank with other adults. My two-year old developed a mad crush on the 13-year-old, Tres. “Where’s Tres? Where’s Tres?” 27 times a day…

We did a few unforgettable excursions and activities. The first was a boat trip to a calm, deserted, warm turquoise beach called Punta Vieja. Natalia, our guide, brought stand up paddle boards and beach toys. We searched for shells, relaxed while the kids played in the sand, then went on a hunt to find caimans (basically a mini crocodile). While we were unsuccessful, we did see a basilisk (otherwise know as a Jesus Christ lizard) – those lizards that run across water!

Another excursion took us to visit an indigenous village. We brought supplies for them that were suggested by the Tranquilo Bay owners, walked around the village, and learned about how they live. Our kids exchanged looks and smiles with the school kids when they came outside to play (we really need to learn more Spanish).

My favourite excursion was a kayaking adventure to a “jellyfish lagoon.” One of the Tranquilo Bay owners, Jay, took us on a two kilometre kayak (they had a kayak that fit all four of us and children’s life jackets) over the calm, clear waters and beautiful mangrove alleyways to a fairly large lagoon that would be damn near impossible to find on your own. “HOLY SHIT NICK!” I shouted, as I popped my head out and spit out my snorkel, “There are SO MANY JELLYFISH!!!” I was too excited to reign in my potty mouth in front of the kids.

There were literally hundreds of jellyfish. Nice ones, like, as in, ones that don’t sting you. In fact, Jay picked one up for me to pet. Probably not the smartest idea, but a 20-year Panama veteran and bushwhacker was a guy I knew I could trust. Many were laying at the bottom, and from the top they looked like brains. The ones swimming around were the coolest, with their jiggly pulsating movements. Our ridiculous excitement was enough to get our four-year-old Cohen in the water snorkelling. Oh if I had only known I was going to start blogging, I would’ve had an underwater camera with me…

The property alone was enough to keep us entertained. From hiking to searching for red frogs (we found one!), to staring endlessly at sloths in trees, to climbing the bird tower to watch parrots soar and monkey quibble in the trees, we were never bored. My little horticulturist son studied the plants, flowers, and fruit growing around him. The owners’ kids showed us where a family of bats lived and took Cohen searching for fireflies at night.

Under the water was also a real treat. A healthy reef featuring corals, starfish, sea urchins, sting rays, and “Dory fish” made snorkelling in the warm, calm waters absolute bliss. Ideal conditions for a four-year-old to snorkel for his first time!

From there we headed to Red Frog Beach Resort. A lovely resort indeed, but it somewhat lacked the “wow” factor we just experienced at Tranquilo Bay. Although we had a great villa with a private pool and two beautiful beaches to choose from (minus the incessant seaweed washing up that time of year), there was something… lacking. There was wildlife there too and everything was nice, but it was a pretty typical, sprawling villa complex. I’m not at all complaining, just being honest and telling you I probably wouldn’t stay there again.

On our last day in Bocas del Toro, we hung out in Bocas Town, a funky, backpacker town with cool restaurants and places to chill. From there we headed to Playa Estrella (Starfish Beach) to go on a starfish hunt. The beach was beautiful and calm (although MUCH busier than Punta Vieja) and with snorkels, we spotted a good five or six starfish. Apparently they used to be more abundant, but the rise of visitors to the area scared most of them off. It’s a crying shame, but the reality of mass tourism.

Panama with kids – what’s the verdict?

I was elated when I could honestly say this trip went better than I expected it to. THANKFULLY our kids are adaptable and fairly adventurous. The moving around, and different people and places didn’t bother them in the slightest. I find if Nick and I are happy and excited, often the kids are too.

So what’s the hardest thing about taking kids to Panama? We didn’t bring a stroller so Vayla had to be carried a lot (big deal). Vayla was scared of the toilets on the plane, which resulted in an accident and having to borrow a diaper from a mom with a baby, even though she was potty trained. Big deal. The only negative things that happened, well, they happened to me. For some reason the no-see-ums REALLY loved me and no one else in my family, so I was constantly scratching and applying After Bite. The stomach bug got me too (I think a pear, skin and all, was the culprit – my fault), but thankfully only for one day.

If you are thinking about taking your kids to Bocas del Toro, I say… do it! Get your hepatitis A and typhoid vaccinations, take some bug repellent, sunscreen, binoculars, and snorkels, and you’re good to go! Plus if you’re travelling from North America the time change isn’t going to wreak much havoc on your family.

Need more convincing on Panama? Check out this great post on 7 reasons to visit Panama.

Have you checked out my Top 10 Exhilarating YOLO Travel Experiences yet?! 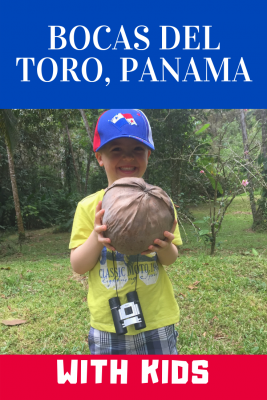 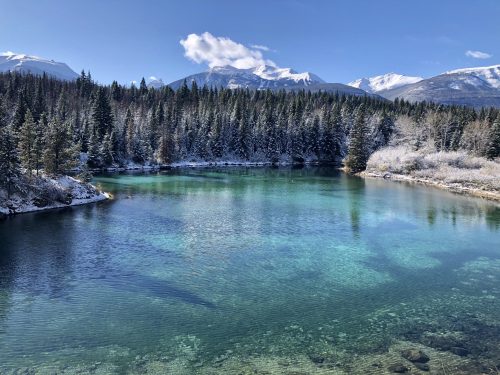 The breathtaking Valley of the Five lakes hike, Jasper, Canada 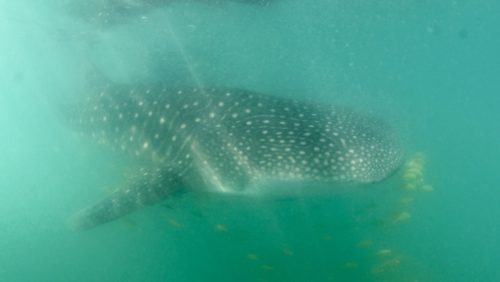 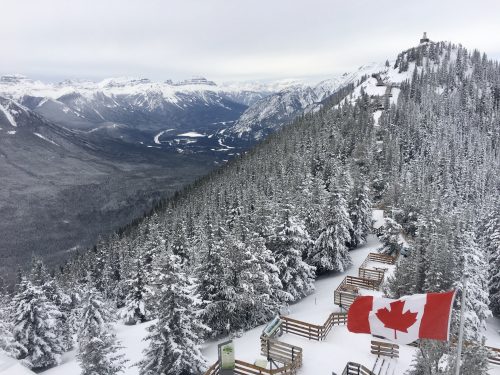 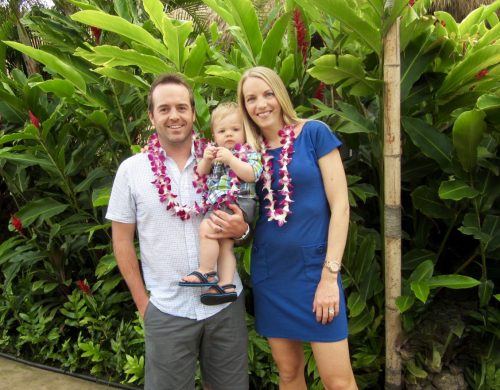 Maui with a baby: YES you should 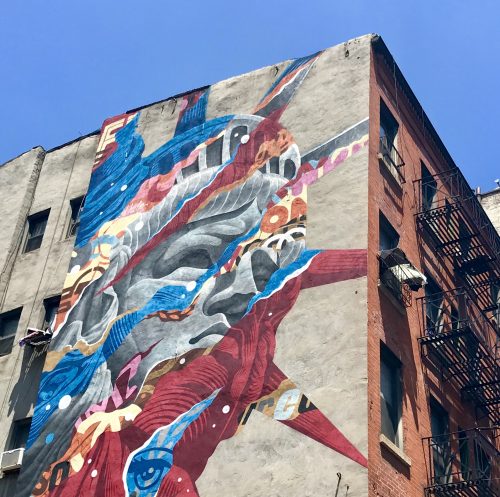 4 days in NYC: epic and unique things to do