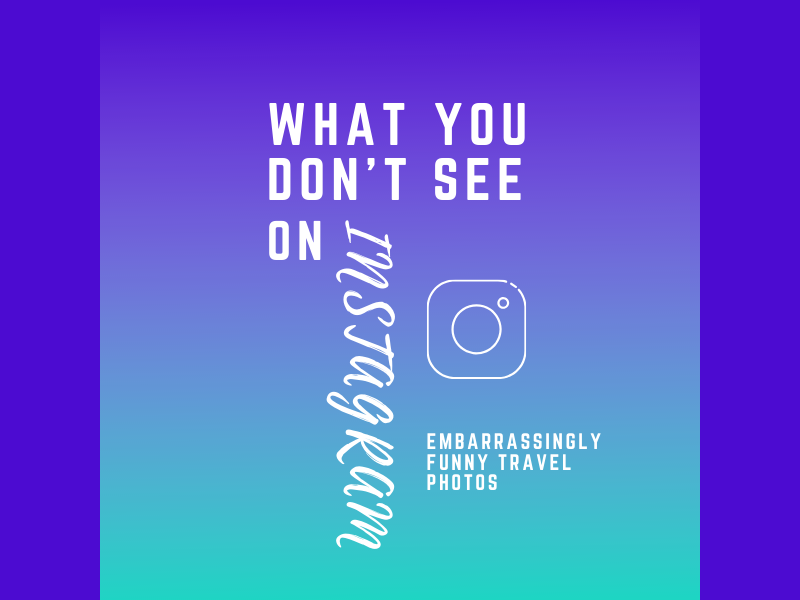 Confession: while searching through photos for this post, I actually found a photo of myself naked at the top of a mountain. I was in Jasper National Park (Canada) in 2002, sitting on a large boulder with my arms wrapped around my chest and legs crossed – wearing nothing but hiking runners – with beautiful turquoise lakes and snow-capped Rocky Mountains in the background. Laughing at how ridiculous I looked and that I didn’t remember that photo even existed, I then went on to find more hilarious photos. Man, did Nick and I have some laughs reminiscing about funny travel stories.

I don’t take myself too seriously. Life’s too short, so have a laugh at my expense. Although I will admit my YOLO Travel Experiences Instagram feed is the epitome of a travel highlight reel (isn’t everyone’s Insta?), I started thinking about what I haven’t showed people. Then I wondered what other travel bloggers haven’t shared. So here are some funny and embarrassing photos of me, Nick (the very few he’d let me include), and other travel bloggers – spanning six continents.

Let’s start with a throwback of me, shall we?

1. When you’re trying to take a nice photo with monks then realize it looks like one of them is doing something he’s not supposed to be 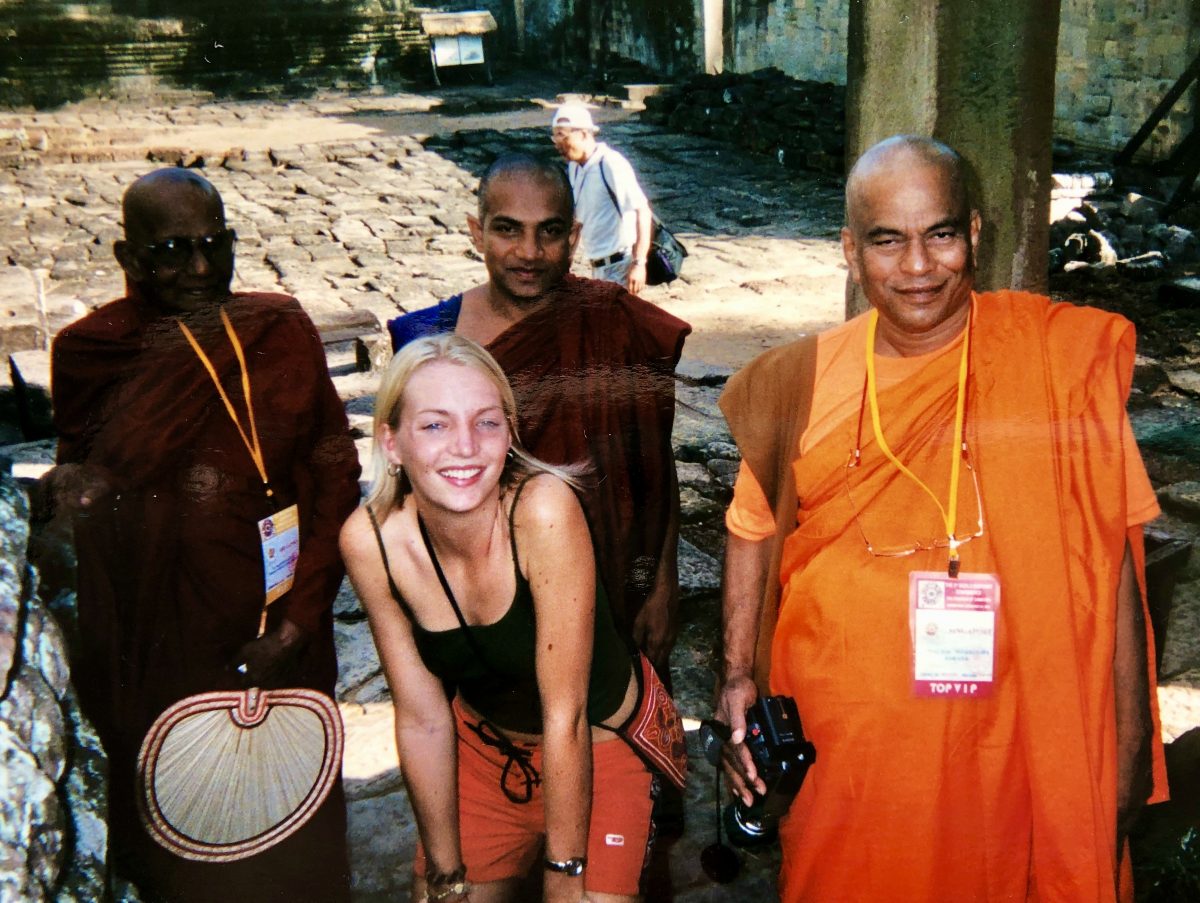 I was trying not to block the monk in the middle this fine day in Cambodia in 2002. Hence why I’m standing like that. He looks satisfied with the positioning though, so shall we continue?

2. When the most epic photo bomb happens 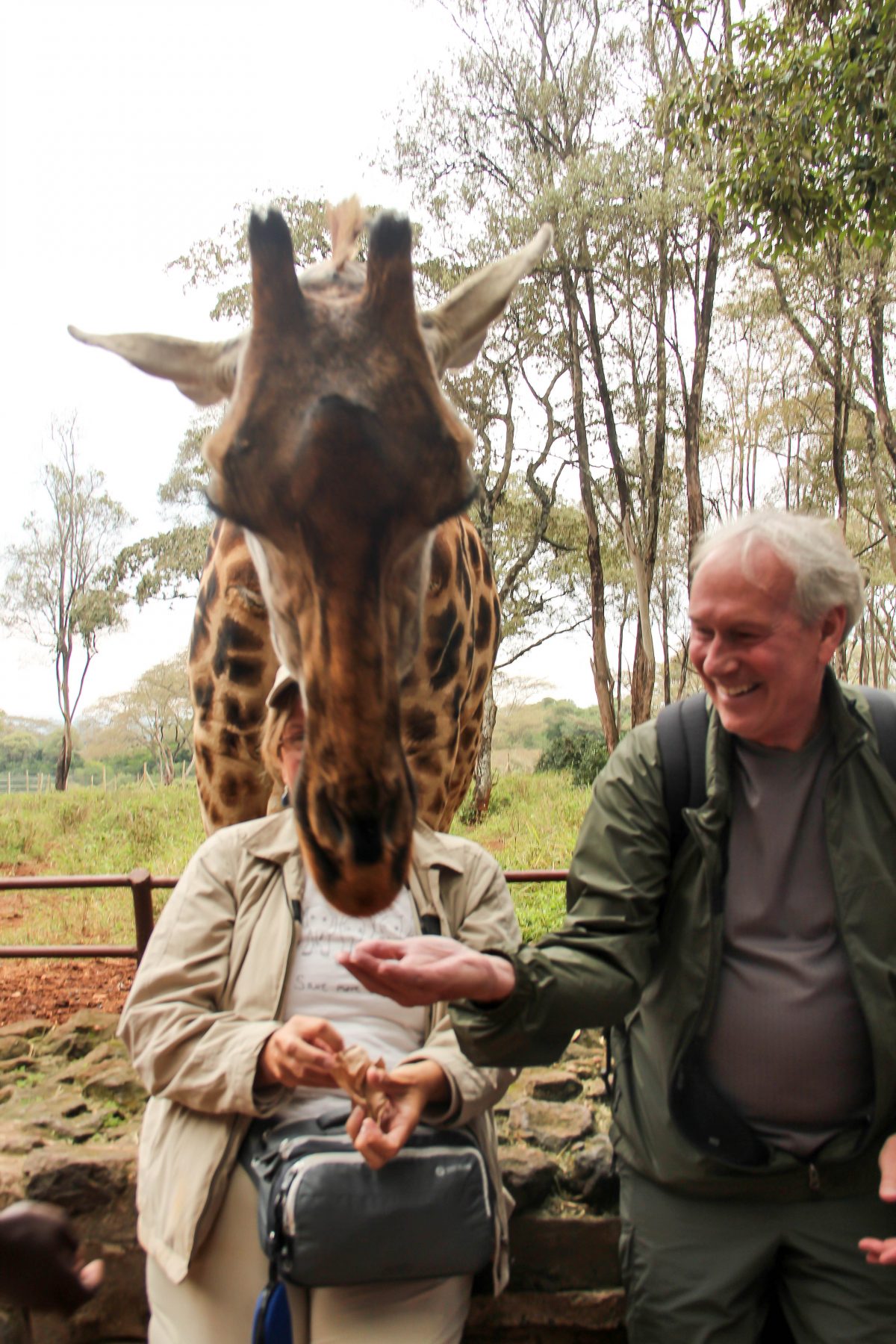 When Amy and Dave Tull, travel bloggers at Traveling Tulls, visited the Giraffe Centre in Nairobi, Kenya, the reserve’s manager suggested they pose with the giraffe between them.

Clearly, the giraffe thought differently and went in for an epic photo bomb. Who knew giraffes had such a good sense of humour?

3. When you’re having way too much fun eating frogs 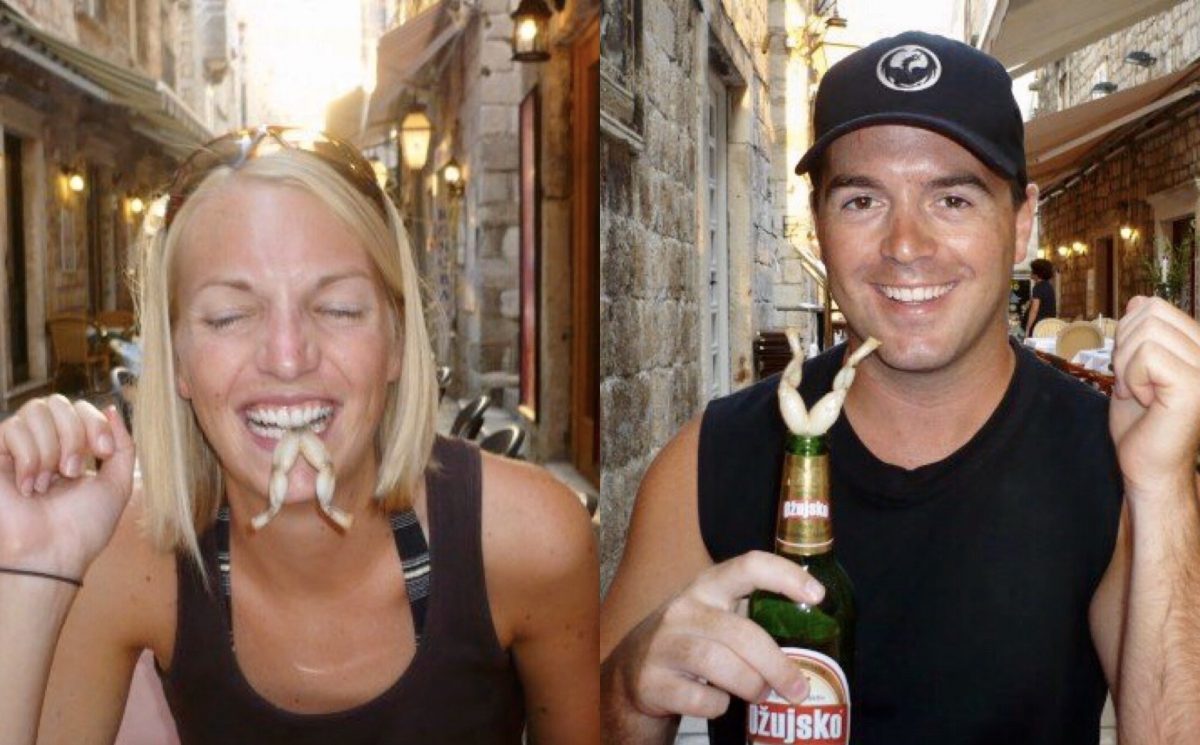 We’re not usually so dorky about trying new foods, but a plate full of the lower half of several frogs is pretty funny, don’t you think? On a hot August 2007 day in Croatia, we had a little fun with our food.

Did I get sick afterwards? Yep, sure did. Serves me right for not only eating animals, but also thinking it’s hilarious.

4. When you’re at Oktoberfest and it’s time to stand on the benches and sing Ein Prosen with 8000 others, but you’re too drunk to stand 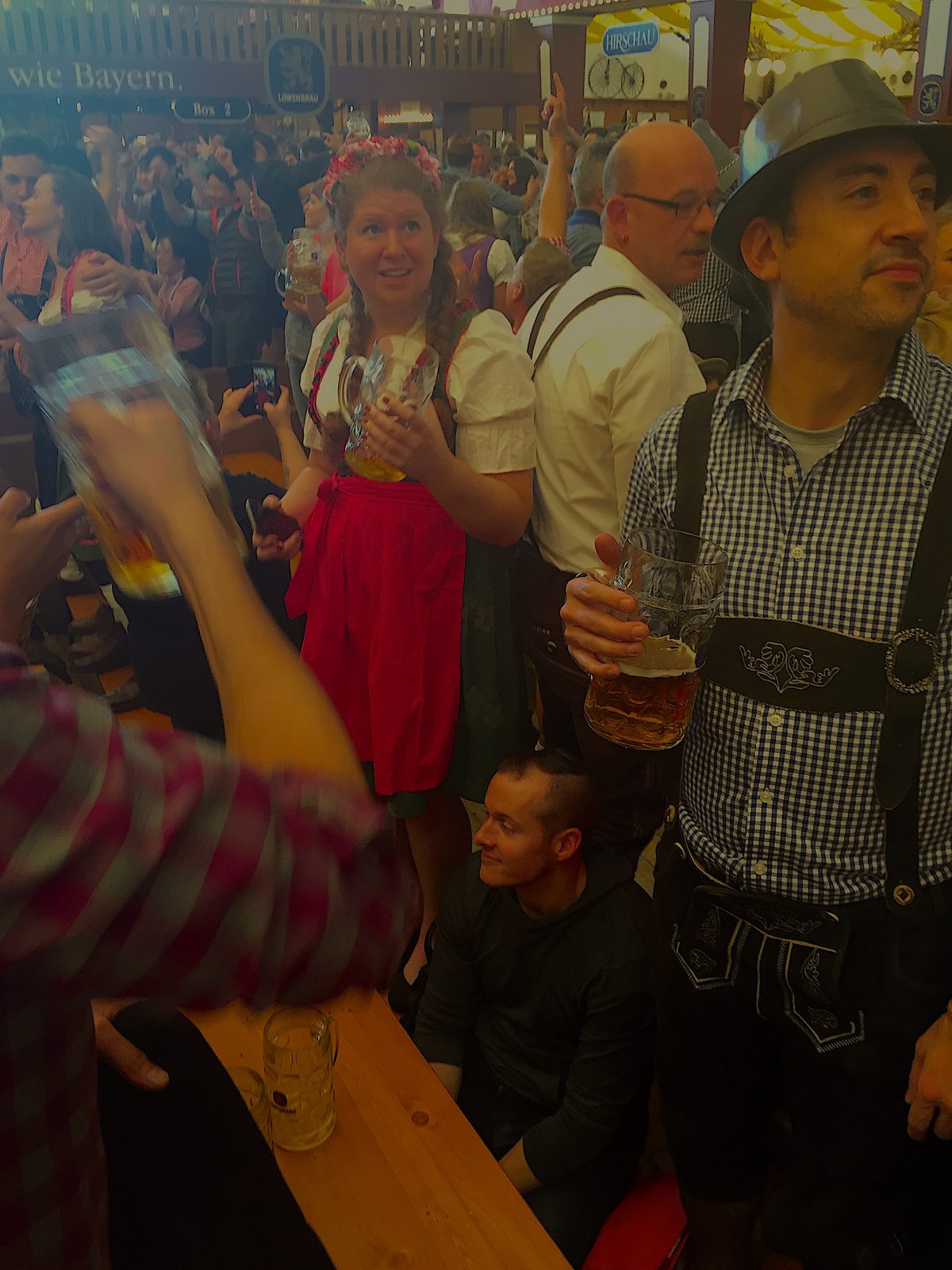 Oktoberfest fail! We can’t blame Mason for getting too drunk at Oktoberfest – isn’t that what it’s all about? Derek and Mike, travel bloggers from Robe Trotting, who kindly submitted this photo of their friend, have written an Oktoberfest guide. Lesson #1: pace yourself.

5. When it’s your 21st birthday, you have pink eye and too much stomach showing… but you find someone else also celebrating their 21st who looks more ridiculous than you 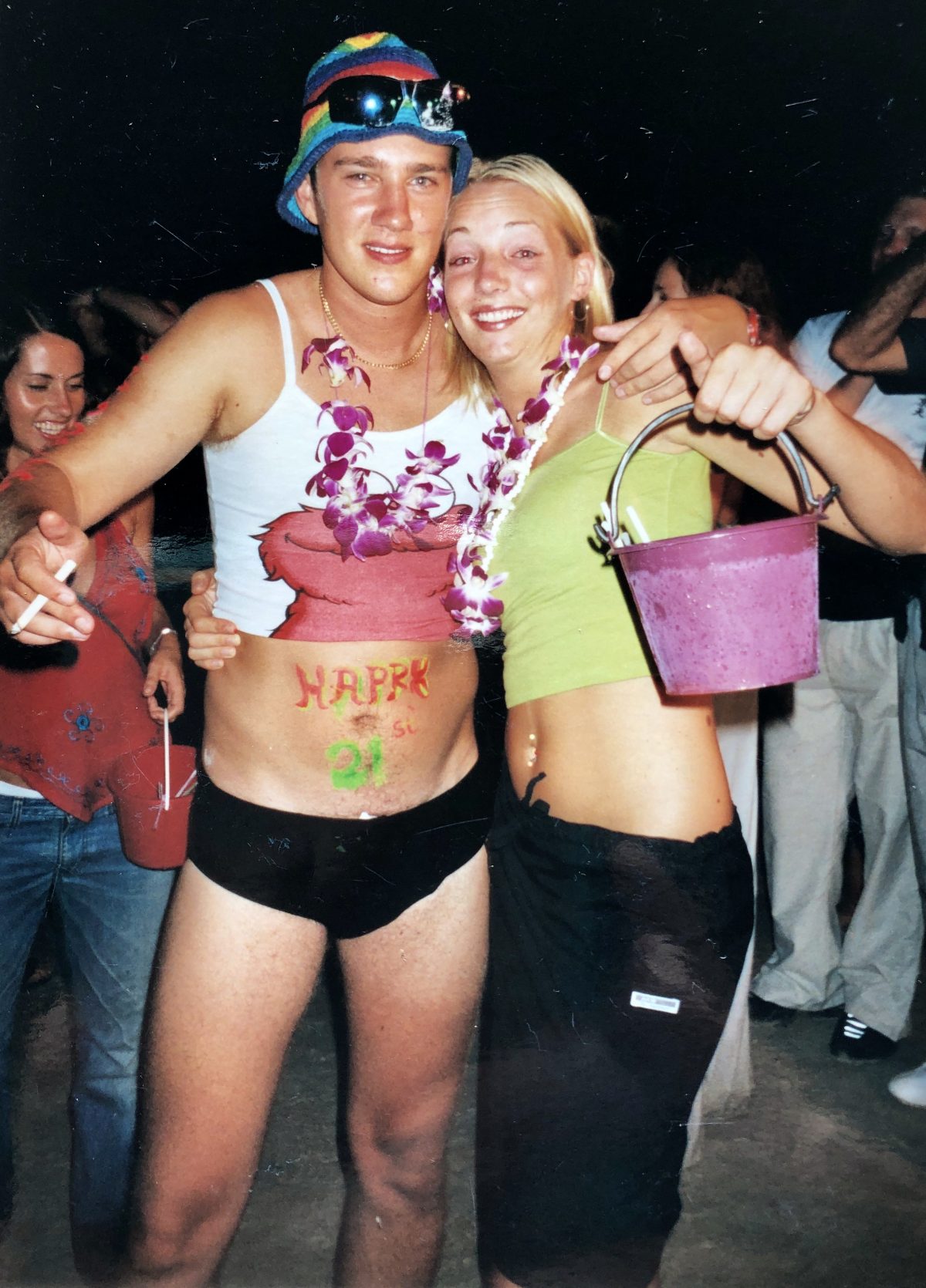 Oh, the full moon party in Koh Phangan. When I was backpacking Thailand in 2002, I caught pink eye from another backpacker and it got me good in both eyes. As my friends and I celebrated my 21st birthday with Thailand’s original “buckets” (a dangerous portion of Thai rum mixed with red bull and coke), I came across this guy. He had the privilege of being born on the exact same day as me… and looking even better!

6. When you’re trying to be all cute and Instagrammable and, well… 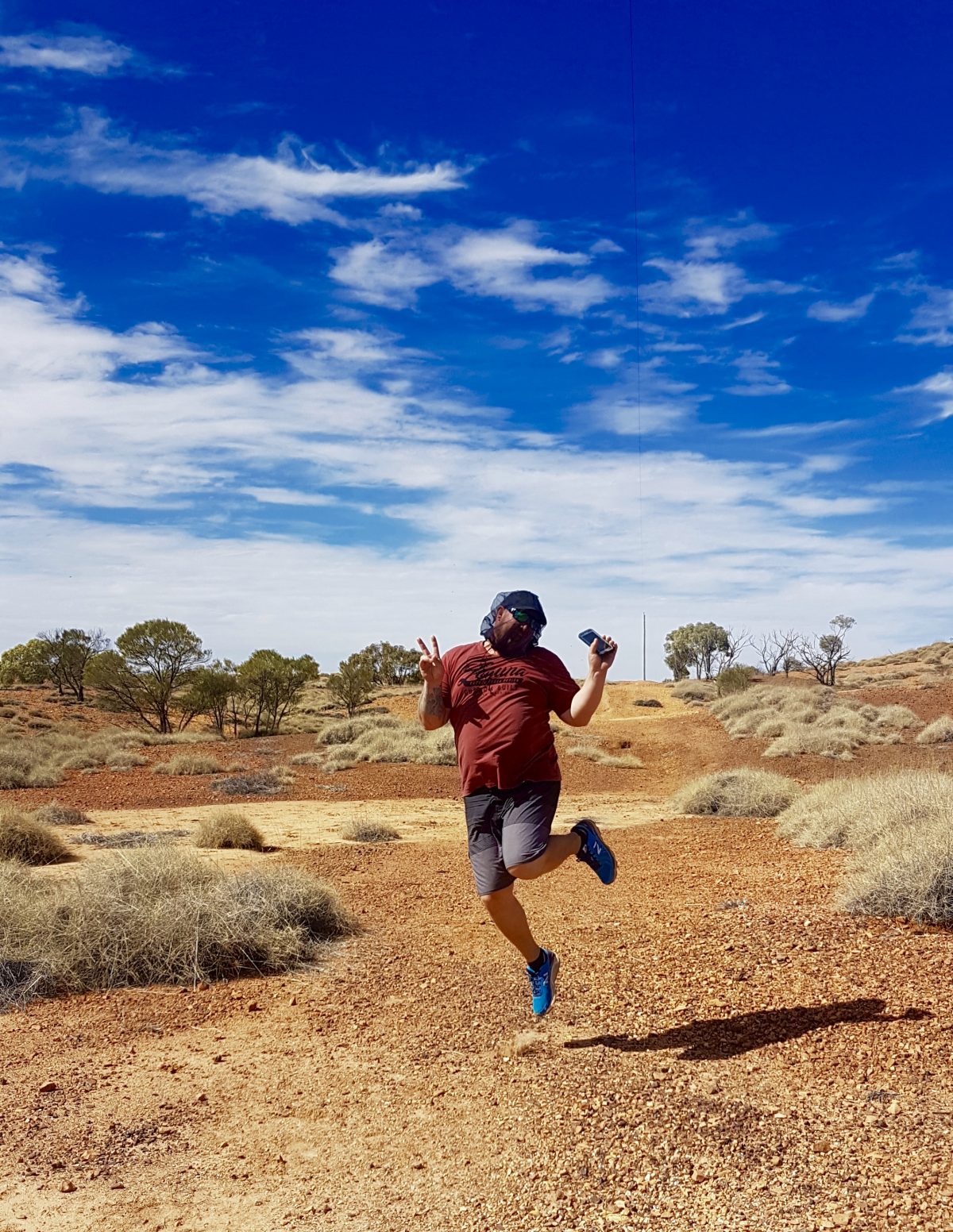 Ok, he is cute and instagrammable, just not in the way we’re used to. When Allan and Emma Riggs, travel bloggers at My Rig Adventures, were at the Lark Quarry Dinosaur Stampede in Winton, Queensland, Australia (the Outback), Allan fulfilled his desire to become an Instagram model.

7. When you just really want to fit in 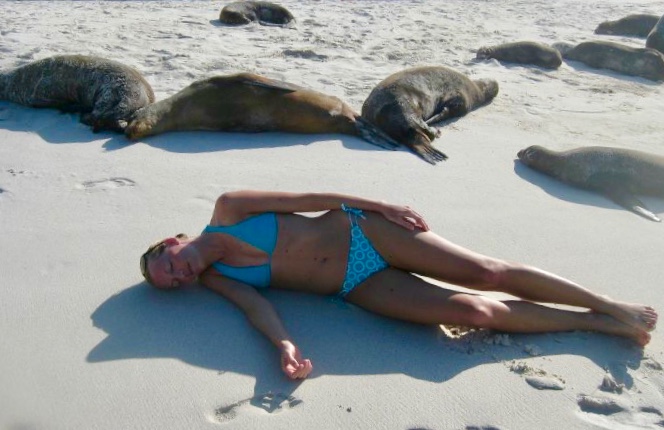 When Nick and I were in the incredible Galapagos Islands in 2010, it was evident that sea lions are king there. I loved it – we’d see them laying on the floor of beach bars and even restaurants, and all over the beaches and rocks of the different islands. One even took a swim in our hotel pool! They’re so chill and don’t care if you come near them, so I took the opportunity to have a rest with these lazy sunbathing beauties.

8. When you’re trying hard to be open-minded about smoking cigars but you can’t stomach it 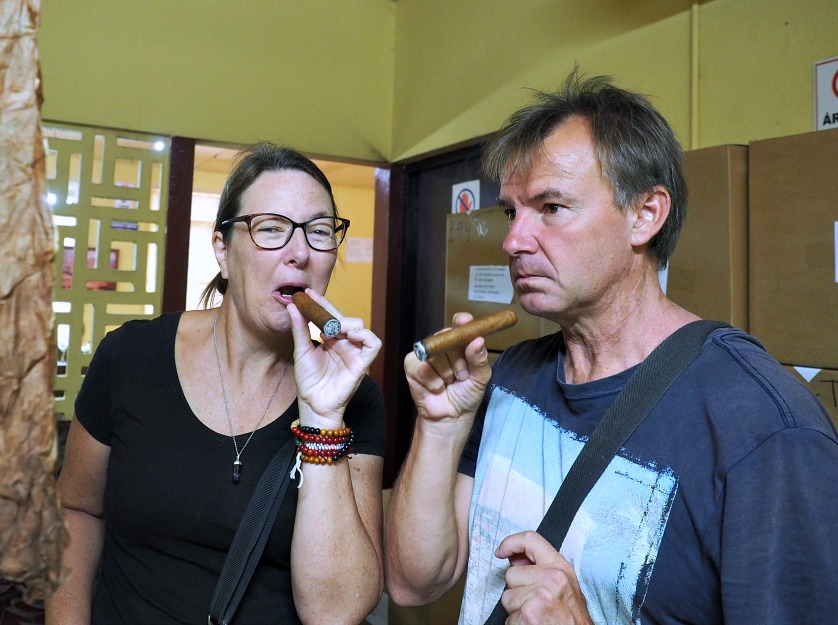 When Audrey and Andrew Chalmers, travel bloggers at Gumnuts Abroad, were in Nicaragua touring a cigar factory, their guide proudly handed them two cigars to try. They had never been smokers and weren’t keen, but didn’t want to offend. It looks like Andrew inhaled for the first time and was trying not to cough, barf, or laugh. And by the look on Audrey’s face, you can tell she LOVED it!

9. When you’re so excited to be at the exact middle of the earth (the equator) that you feel the need to do crunches right then and there 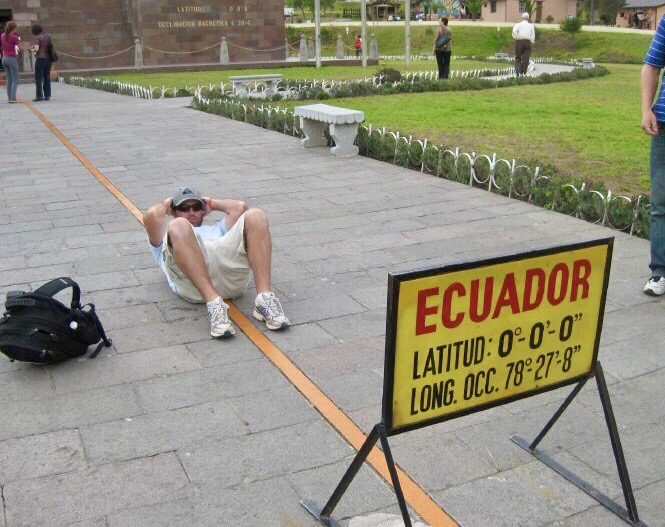 Our equatorial fun in 2010 also included a kiss where Nick was in the Northern hemisphere and I was in the Southern, Kung Fu stances, and tightrope walking on the equator. Nick was excited to cross “do sit ups on the equator” off his bucket list.

10. When you’re coaxed into striking model poses atop a water buffalo 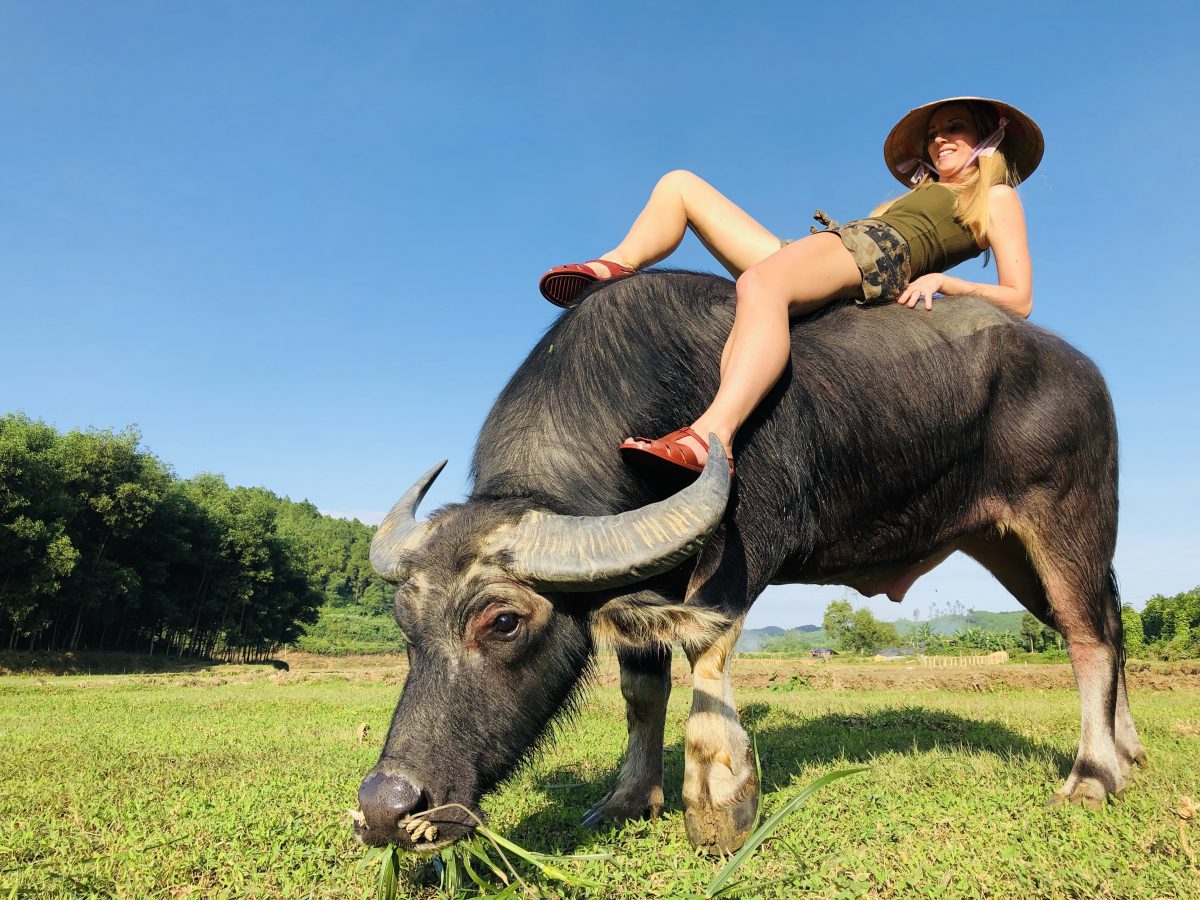 While at the fun-filled and entertaining “Duck Stop” in the Bong Lai Valley of Phong Nha Ke-Bang National Park, Vietnam in 2018, I was tricked into striking model poses ON TOP OF DONALD TRUMP. Yes, this water buffalo’s name is Donald Trump.

It started out innocently, with the owners of the farm excited for my family of four to “ride” Donald Trump. They assured us DT was very gentle, except there was no way in hell Nick or our kids were getting on this beast. So mama took one for the team. First DT walked us through dirty water up to my thighs. Then the Vietnamese boy who had taken my iPhone to get photos directed me to “lean back on your arms” and “put your legs like this,” resulting in a series of ridiculous photos.

There is, most certainly, a first time for everything.

There’s not much left to say after that other than: don’t take yourself too seriously and travel like no one’s watching. 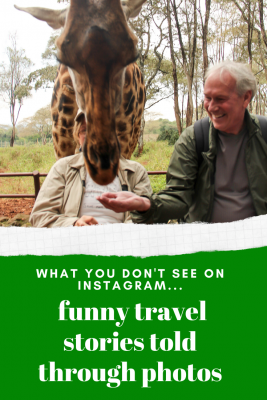 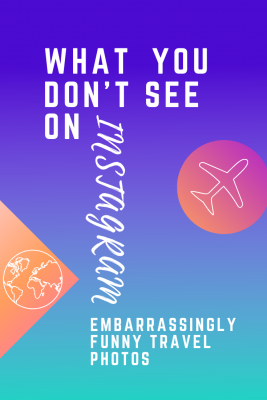 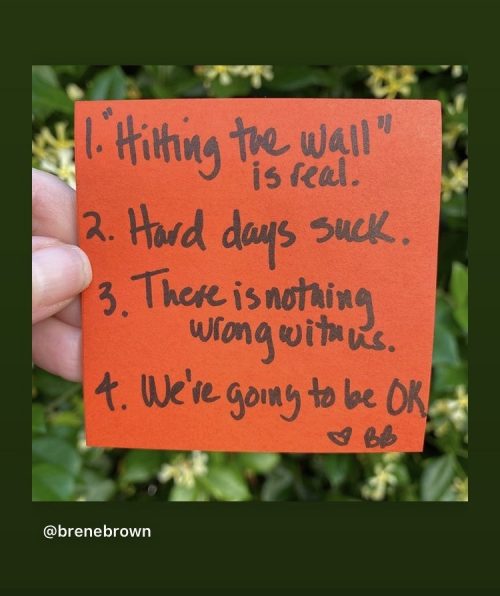 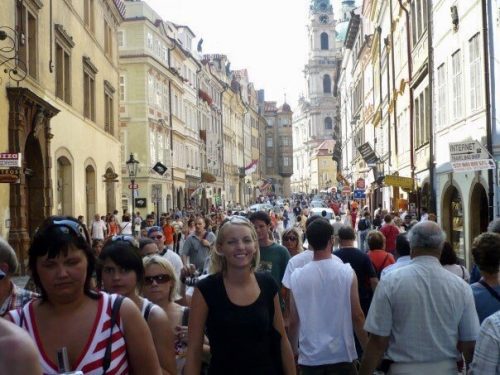 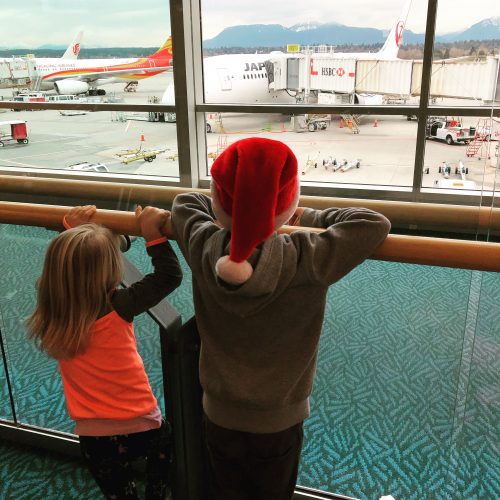 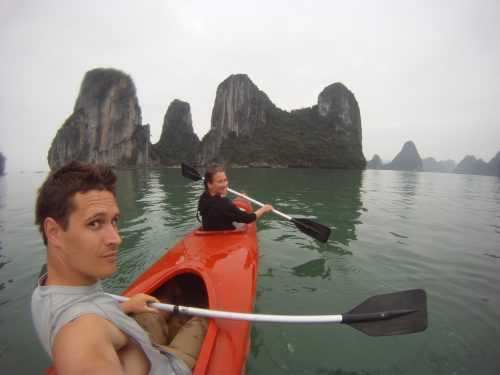