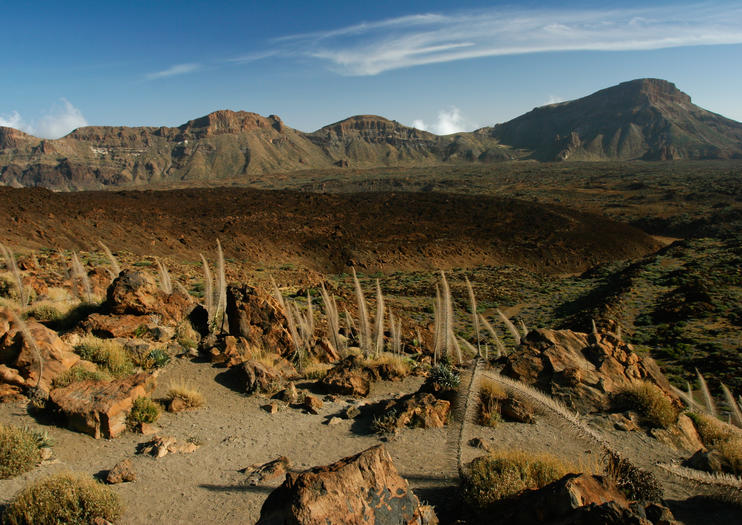 The following is a guest post by Nick Dean of globalbackpackers.com. When Nick reached out about a Tenerife, Spain guest post on my site, I immediately thought of the song “Tenerife Sea” by Ed Sheeran. When my blue-eyed daughter Vayla was a baby, Ed’s album X was new and I’d dance around the kitchen holding her and singing that song. It cheered me up on the hard days. I haven’t been to Tenerife, but I hope to visit one day. Thank you Nick, for the insightful information about the best Tenerife attractions.

Tenerife is a fabulous island getaway and the capital of the Canary Islands, Spain. More than 1300 kilometres Southwest from mainland Spain and 100 kilometres west of Morocco, it’s part of a volcanic chain and offers 785 square miles of land to keep the six million adventurers that visit each year happy.

Some of Tenerife’s popular attractions felt overrated to us, while some of the more obscure ones took our breath away. From our experiences, we’ve narrowed down a list of our top eight must-see Tenerife attractions.

Tenerife’s capital, Santa Cruz, has one of the oldest village sectors on the island, and is a great place for history lovers to check out. There’s a nearly four-hundred-year-old church named La Concepción, with magnificent architecture. The church was initially built in 1500, but was later destroyed by fire. It was rebuilt in 1650, and has become a tourist hub.

Other must-see spots in the old town are the ruins of the San Cristóbal castle and Castillo Negro, also known as the Black Castle. This wonderfully immersive experience got us feeling a bit medieval. The Nuestra Señora de África marketplace is also a great spot to stop for fresh produce and treats to feast on after touring.

With three million visitors annually, this park is the jewel of the island, with the infamous Mount Teide volcano towering at 12,198 feet. A UNESCO World Heritage Site, you can explore Teide National Park on your own (stop in at the tourist office by the entrance for information), or hire a guide. Our guide explained that Mount Teide has the highest elevation in Spain and all the Atlantic islands. It’s the third largest cone volcano on earth with an eleven-mile-long crater.

A cable car ride up Mount Teide provides stunning views of the mountains and out into the staggering 47,000 acres of land within the park. We learned that Mount Teide last erupted in 1909 and is considered an active volcano, with the possibility of another eruption. It experienced visible activity as recently as 2003.

Return or stay late enough for star-gazing at the world-renowned Teide Observatory – a breathtaking Tenerife attraction at 7000 feet. I could hardly believe how lit up the sky was with stars and planets. The guides at the Observatory provide information and viewing tips as you peer through telescopes.

A list of Tenerife attractions without a mention of its dozens of beaches would be a shame. A volcanic island isn’t complete without black sand beaches, and there are several, many with quiet coves. Our favourites were Los Cristianos, Playa de las Américas, and Costa Adeje.

If you like traditional brown sand beaches, we found the best to be Los Gigantes, with giant cliffs that rise from the ocean. This quintessential Mediterranean beach intertwines multiple sandy and rocky coves via a promenade. Find a quiet spot for the day or plant yourself on a happening stretch – the choice is yours.

Tenerife is one of many destinations in Europe with beautiful beaches. Check out this article on the best beaches in Europe.

Hikers and nature lovers must explore the magic of Anaga Rural Park, Tenerife’s tropical forest, and one of the few laurel forests of the world. We put on our hiking backpacks and explored this luscious forest for a full day. There are amazing cave houses built into the mountains and we enjoyed a sumptuous Spanish lunch in the hillside village of Chinamada.

The Path of Sense (Sendero de los Sentidos) trail is an easy and popular hike at Anaga Forest. The visitor centre at Cruz de Carmen will provide you with free maps and hiking trails.

The Ragnarok Viking Tour is a two or three-hour excursion on a traditional Viking ship that weaves its way through several of Tenerife’s bays. This fun-filled tour provides lunch, a Viking theatre show (the staff are hilarious), and an OPEN BAR.

The boat also searches for dolphins and whales, and we had the privilege of seeing a few dolphins up close. It’s a unique option for all ages on my list of Tenerife attractions, and who doesn’t love getting out on a boat?!

While Tenerife is lovely, we were anxious to see the other Canary Islands too. We booked day tours through Tenerife Sunshine, but you can hop on a ferry from Los Cristianos. First we island hopped to check out La Gomera Island. We visited the village of San Sebastian to see where Christopher Columbus prayed before he journeyed to America, and also hiked in Garajonay National Park.

We also visited El Hierro, the smallest Canary Island. To say the food is delicious would be an understatement. The bakers and chefs offered exquisite delicacies, and the village of Valverde was incredibly authentic. When you feel you cannot eat another bite, you simply say, “estoy abollado” (I’m stuffed).

Another awesome Tenerife attraction is snorkelling with the abundant marine life. We booked with Tenerife Snorkelling and Kayaking, which has great reviews on Trip Advisor. The water was teeming with marine life – friendly sea turtles greeted us with curiosity, while stingrays, crabs, colourful fish, and a lone manta ray also made appearances. The whole experience was amazingly vibrant and safe.

If kayaking to snorkel isn’t your thing, there are many snorkelling operators in Tenerife. You may also want to check out a whale and dolphin boat tour with underwater viewing, or one of the dolphin kayaking experiences available on Tenerife.

We booked with Tamaran, a professionally run tour company offering a plethora of Canary Islands tours and excursions. There is an eight-hour safari that combines touring the wilds of El Teide with Spanish culture. Since we had already visited the Mount Teide volcano, we opted to take a nature jeep safari from Playa de las Américas. The tour includes a visit to the rustic mountain village of Vilaflor, which feels like stepping back in time. It has the highest elevation of any village or town in Spain, with beautiful shops and the most incredible views of Tenerife.

Our entire trip was a vacationer’s paradise. I hope these Tenerife attractions will push you closer to booking that ticket.

Looking for more on beautiful islands? Check out my article on the incredible Galapagos Islands, Ecuador. 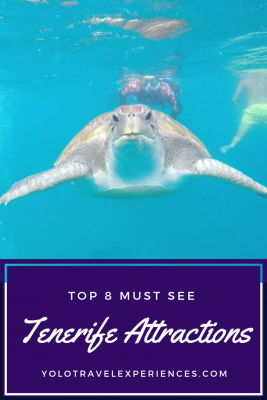 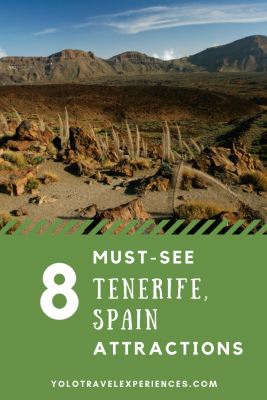 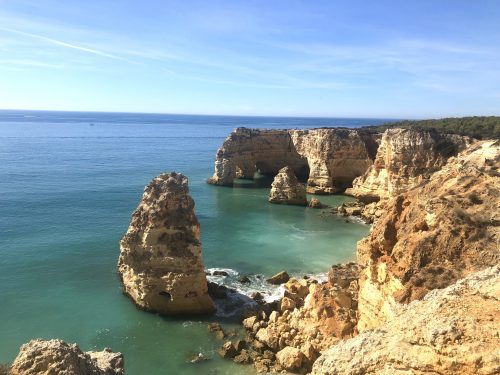 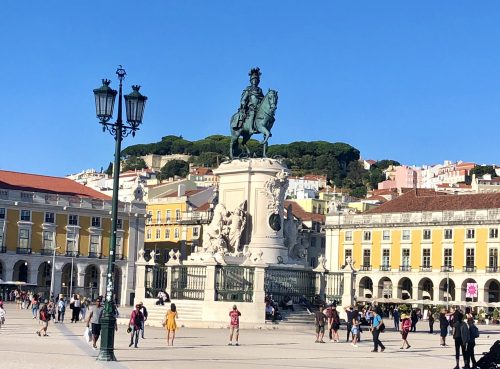 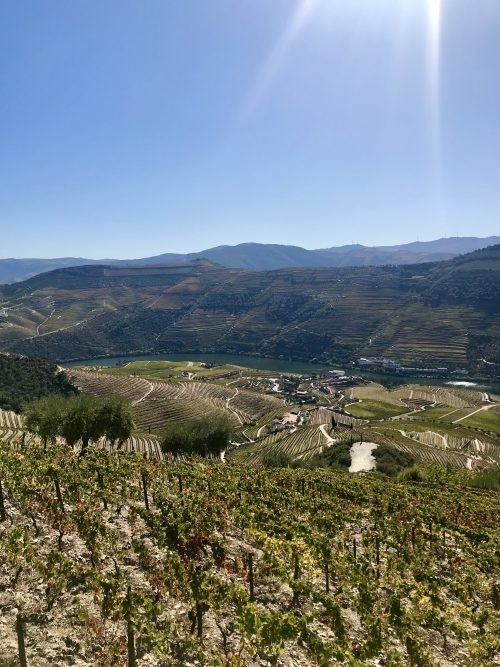 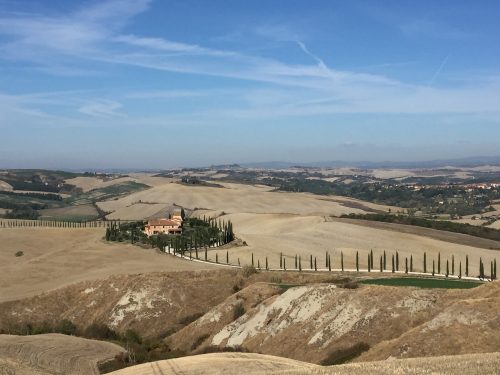